Do it again! Asking God to repeat Himself! 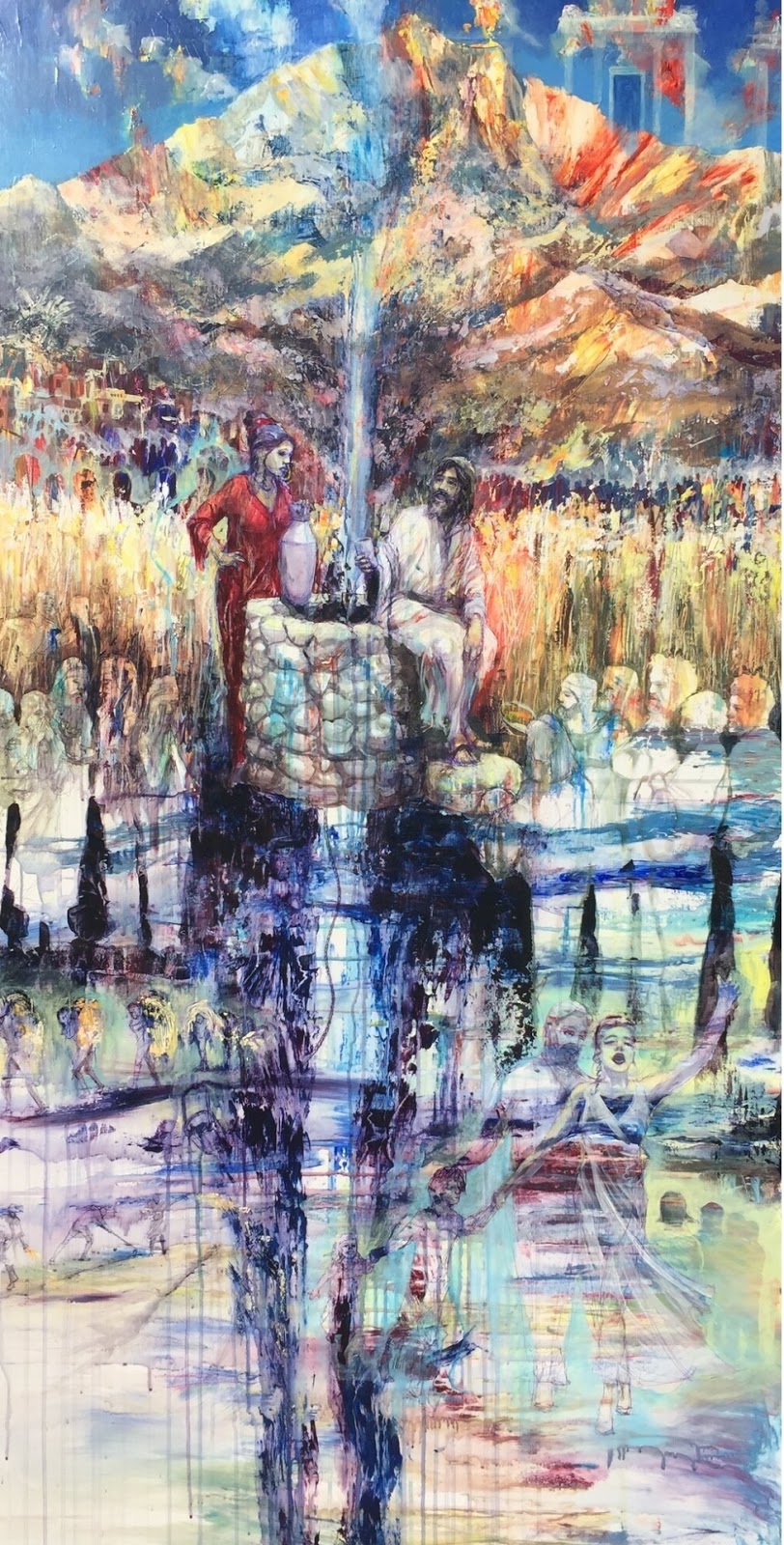 (“Woman At The Well” by Bryn Gillette)
Can you tell what God has done for your own soul? I remember the first time I stood in the front of a foundations class of a hundred or more pastors and ministry leaders to share my testimony, I was terrified. My hands shook and well I would most certainly need a shower after nervousness poured out of my skin. I thought that to share my testimony meant to share my personal story. It does, but it also doesn't.  I learned very quickly the hard way that my story was as painful to listen to as it was to share. Innocent ears need not hear about the uglies. Yes, it is important to tell, but it needs to be done with discretion. Some things are not worthy of repeating, but there are some things that should be shouted from the roof tops. I wish someone would have saved me of that struggle that day, but God used it to grow me. Honestly, my heart was just for them to see how God had changed me. I wanted them to see and hear first hand all I had seen and heard. I wanted them to have what I had in the LORD.
As I read the story of the Samaritan woman this morning in John 4, I was reminded of my testimony mess up. I realized that when this unknown woman encountered Jesus, she experienced the truth that He knew her. He knew her sin and still welcomed her. He allowed her to question Him in almost a salty way. Without confronting her saltiness, but letting her know He knew her, Jesus invited her to go get her husband. When she admitted she did not have one to bring back, Jesus simply acknowledged her lifestyle. I realize this must have been said gently and respectfully because she boldly then asked the cultural question of the day in which her community struggled and she must have been pondering. "Where do we worship?" I love that Jesus readily talked theology about worship with her and allowed her to ponder what it meant to have living water. When she struggled with the place of worship and declared she knew of the Messiah, Jesus shared with her that He was the Messiah and that true worship is not a place, but in spirit and in truth... a person.
At this point the disciples entered the scene, they had been sent to her town to get food. Imagine their surprise when Jesus was breaking all the rules... talking to a despised Samaritan and a woman at that! Their appearance stopped the conversation and gave flight to the woman. When she ran into her village she was not running from the disciples, but toward the LORD'S harvest for she had seen and heard the One who knew her. She could not contain what she had seen and heard. In fact, she left in such haste she left her jar she had carried there to get water.
This is when I noticed her testimony. It was simple, honest, and with discretion. "Come and see the one who told me everything I ever did!" At first I noticed that she declared that He knew her. It feels good to be known, but she declared that He knew her sin. Notice she did not label or name her sin. Only Jesus did that. Yet, she felt welcomed! Enough that she was willing to tell the whole village. See, if He welcomed her, He most certainly would welcome them! Her words embodied an experience that went beyond thoughts, and meaning, but included senses. It was evident that she was different. She proclaimed without shame. This was a woman shouting in soul freedom. And we must realize that because of her reputation of more than five husband's  it was highly unlikely people would be willing to listen to her. This would cause all to walk away for fear that they might be thought to be a part of her reputation. Was it her passion, boldness, or change that caused her village to listen? Whatever, the reason we know they went to go see based on her testimony and soon they too believed not just based on her words, but on what they saw in Jesus, too. It is amazing that her testimony led to an entire village's change.
As I read this passage, I wondered on the definition of testimony. It is best defined as a first hand experience shared to tell what one has seen or heard. It is a statement of facts. But, I discovered that testimony in Hebrew carries with it the idea of "do it again" or that "God will repeat Himself". See, when we bear witness or give testimony to what God has done in our lives it is telling so that God can do it again in another.  I like to believe that the Samaritan woman felt welcomed, honored, loved, seen, and heard by Jesus. This is what made her run to her village to share with others. Once you have experienced something so beautiful, you want it repeated in another's life. So, let me ask you again, Can you tell what God has done for your own soul? In a way, our telling our story of how God has met us and changed us is us saying, "Do it again, Daddy! Please do it for my friend as You have done it for me!"
Posted by Simply Tara at 8:45 AM