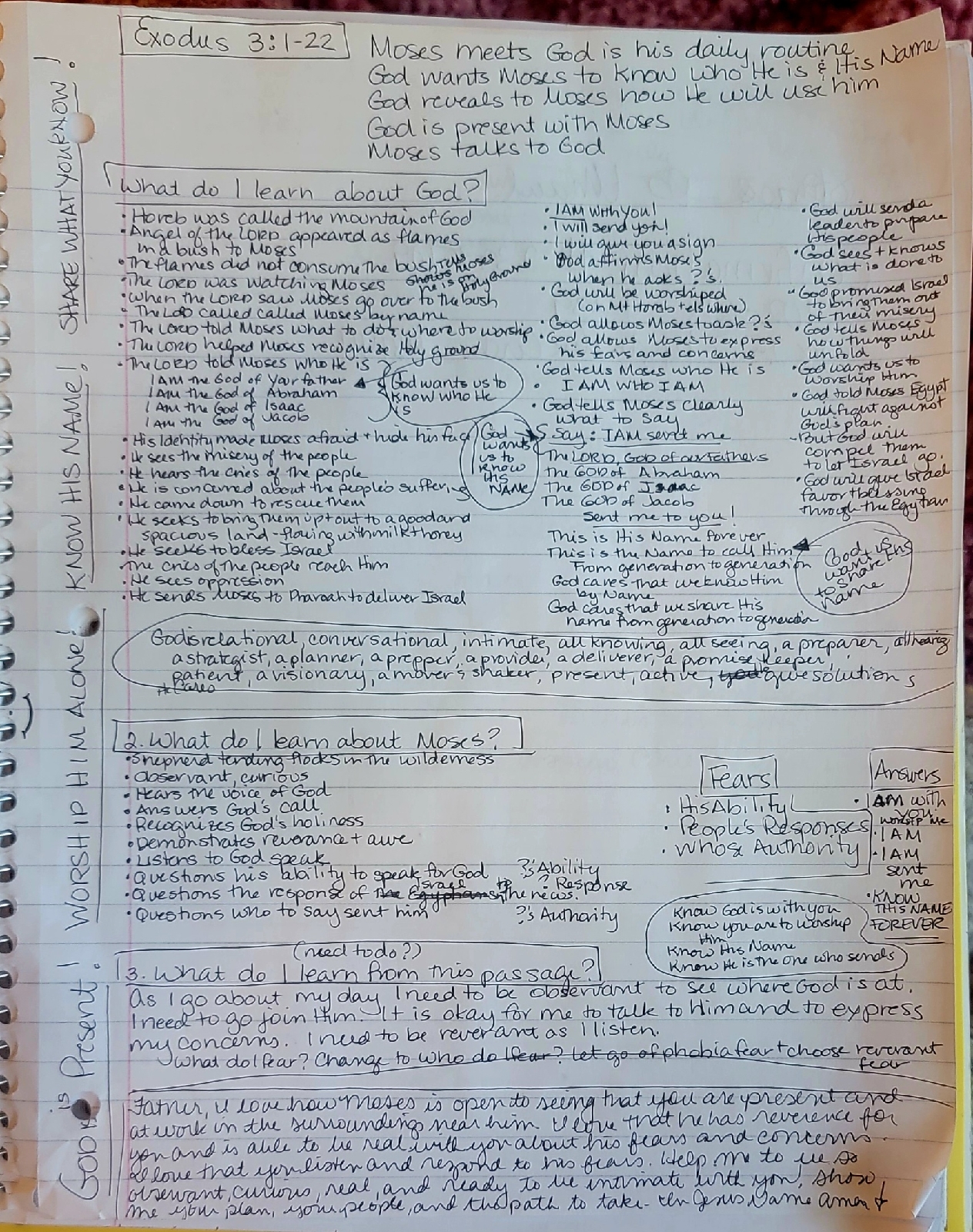 I don't know about you, but sometimes I wonder how I could possibly meet God in a given circumstance. I search hard when there are big issues, but I can be forgetful in the daily routine.
Yet, God meets us where we are at. It is in our daily routine that we can encounter God. We must simply be observant and curious enough to check it out.
If we are willing to see God, God will reveal His presence, His name, His plan, and His purposes for our lives.
I love how Moses saw the burning bush and just went to go check it out. It was in this simple act of curiosity that he had the most intimate conversation with God.
I love that he was real and raw with his fears. He feared his ability was not good enough. He feared how the people would respond. He feared that he would not be recognized as one with authority.
With each fear God responded in kind.
I AM WITH YOU!
WORSHIP ME!
I AM THE GOD OF YOUR FORE- FATHERS.
KNOW MY NAME!
I AM SENDING YOU!
TELL THEM THAT!
Such intimacy, security, and comfort found as Moses just went about his day watching his flock if sheep.
Do I watch for God? AM I willing to pause and check things out when He is at work around me? Do I share with Him my greatest fears?  Do I listen to His answers?
I can know this. God does not change and if He did this with Moses, He will do this with me.
I can trust that God is present!
I will worship Him alone!
I know His Name!
I will share what I know!
I can trust this will influence generations!
Amen
Posted by Simply Tara at 7:06 AM No comments:

When we see in justice, how we respond matters 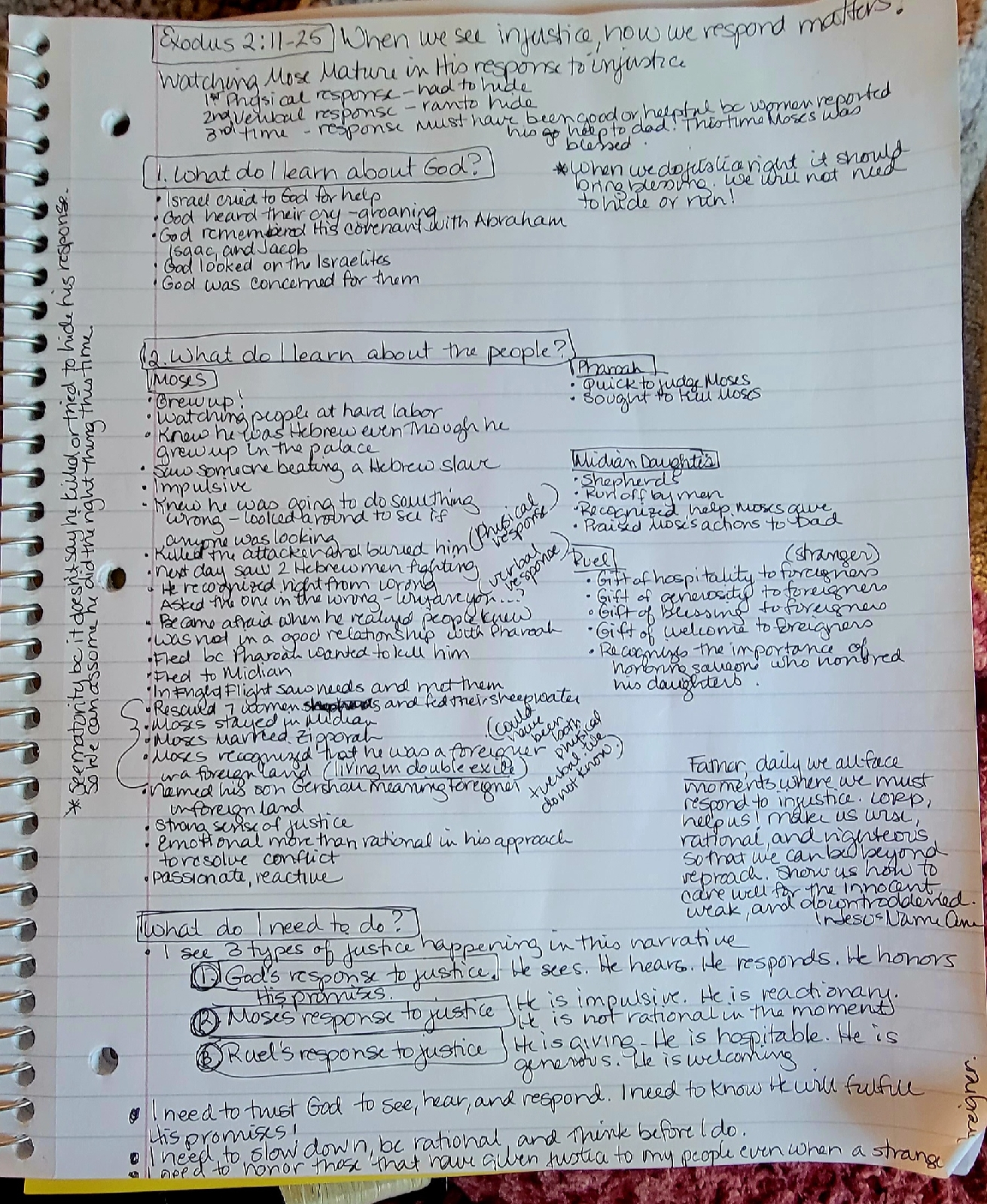 I don't know about you, but sometimes when I see injustice I want to be or can be very reactionary in my responses. I can move too quickly or speak too quickly and cause more harm than good.
In today's narrative, I see three types of justice occurring and as I watch them unfold, I see Moses maturing. I have never thought of this narrative this way before, but it is almost as if his maturity is being chronicled and condensed down to these three incidents.
The three types of justice I observed are...
1. Moses's response to justice. He is impulsive, reactionary, passionate, and irrational at first. He runs because his actions are wrong. It would have been better if he stayed to chase evil away.
2. Ruel's response to justice given to his daughters was welcoming, hospitable, and generous.
3. God's response to justice was He sees, He hears, and He responds to the groaning of Israel's bondage.
All three see, hear, and respond. Yet, we see that Moses needs to mature in his response. We are given three separate accounts of how Moses responds to justice.
Notice that the first situation was he encountered abuse, he was impulsive, physical, and it ended poorly. He killed a man and hide what he did.
In the second situation, Moses was verbal as he encountered two men fighting and he used questions. When he was confronted with his own poor use of just judgment by killing, Moses ran and hid. His approach was better but his poor judgment before caused consequences.
In the third situation, we are not told what Moses did except that he ran off shepherds that prevented the women shepherds from feeding their flocks water. His actions were just enough that he did not run away!  Also, the women told their dad and he welcomed him in and gave him a daughter as a wife. This time Moses reaped blessings so I am going to assume his justice leaned toward the side of goodness.
Because the narrative ends with noting that God sees, hears and responds to the cry for justice as Israel groaned, we can recognize that God longs for us to respond to justice, too.
As we reflect on Moses' three incidents,  we can observe that there are mature ways to respond justly. Justice should bring blessing and what we say or do should enable us to stand firm and not run.
I realize I must slow down, be rational, ask questions, and then move with action. I should chase evil away rather than run because I did evil.
Posted by Simply Tara at 7:40 AM No comments:

Three character traits that save lives 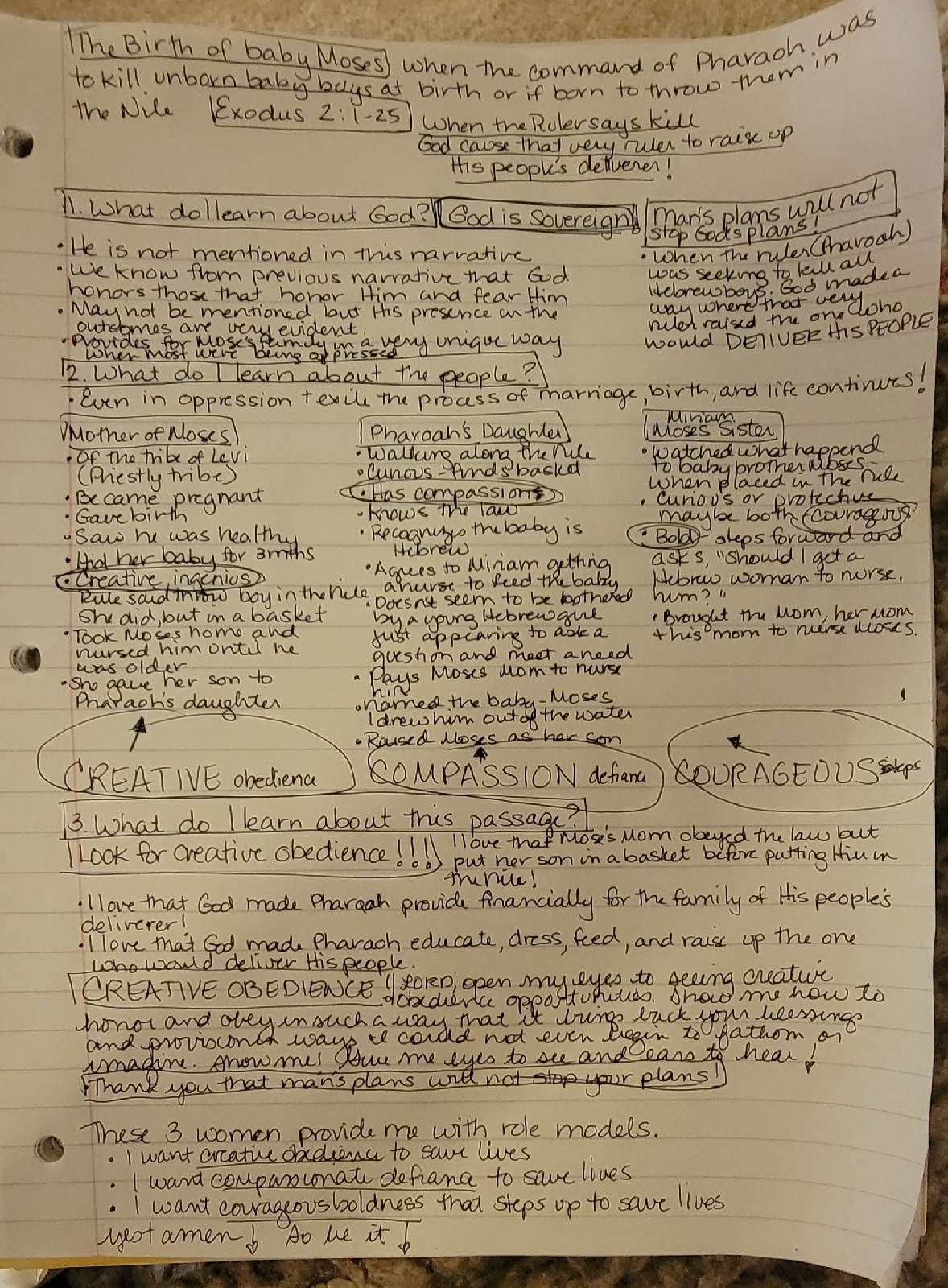 Creative obedience, compassionate defiance, and courageous steps saves a baby's life!
These are the three truths that God taught me this morning as I reflected on the birth of Moses.
I sure want to be the person that says I recognize that your life matters! You matter! No matter how small you might be, you matter. You are God's gift.
I want to be creatively obedient like Mose's mom. Pharaoh said throw the babies in the Nile. She did, but only after hiding him to grow in strength for three months. She then made him a nice wicker basket boat to keep him afloat and protected from the elements! Talk about creativity!
I want to be compassionately defiant like Pharaoh's daughter. She knew that her dad said,  "throw the babies in the Nile", but when she heard the baby cry she had compassion. Not the kind of compassion that just moves the heart but the kind that moves the hand. She provided for the baby by agreeing to a nurse, giving her pay, and then taking the baby to raise as her own.
Not only that, she named him Moses meaning "I drew you out of the water!"  This child would grow up hearing every time his name was called that he was delivered from an awful fate because she drew him out. Imagine how that alone plays out in his psyche as he becomes Israel's deliverer that draws them out of their bondage.
I want courageous steps. I want to be so curious that I am willing to see, but not just see, but step forward and do, maybe impulsively, but the right thing like Mose's sister.
Anytime a life is saved physically or even spiritually, I realize it took someone or a group of someone's creative obedience, compassionate defiance, and courageous steps.
Father, please help me to walk in these and thank you for those that have already done this before me!
Posted by Simply Tara at 5:33 AM No comments:

God honors those that honor Him 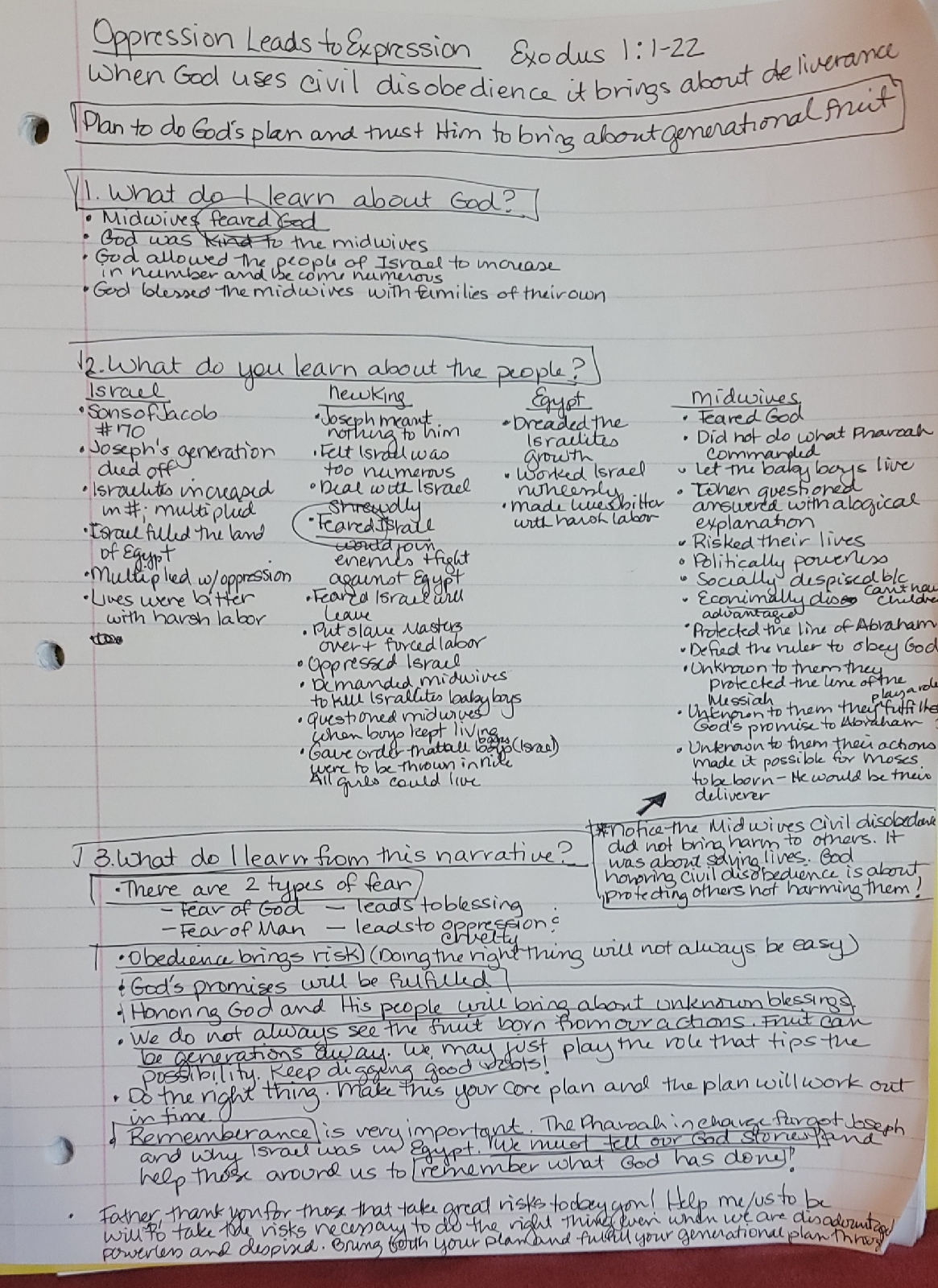 When is civil disobedience okay in the eyes of God?
In Exodus 1:1-22, we discover that God honored the midwives when they protected the lives of little boys being born. Pharoah commanded that they kill them at birth, but they disobeyed Pharaoh and let the little Hebrew boys live. God honored their decision and blessed them with families of their own.
See, back then when a woman could not have children, she was socially despised and greatly disadvantaged socially and politically. Women were property good for bearing children. When a woman could not bear children. she might become a midwife so she can at least be near children and the blessing of bearing them.
Shiphrah and Puah (midwives) chose to disobey Pharoah at great risk. They could lose their lives but God showed His pleasure with their choice to save lives by blessing their wombs! Wozer!
But, even beyond the blessing of family. God used these two brave women to make a way for two deliverers: Moses and Jesus.
God used them to fulfill His promise to Abraham to make him the father of a great nation. God used them to fulfill His promise to Jacob to make his family into a great nation. God used them to fulfill His promise to send Israel into the promised land by sending baby Moses that would deliver Israel from Egypt and eventually to send the Messiah through their descendants!
Sometimes, in the moment when we struggle to make the right decision, maybe great risk is involved, maybe we are very disadvantaged, trust that God has a plan and when we walk in obedience blessings will come. Recognize that some fruit will remain unknown because it is fulfilled generationally, but God honors those that honor Him and His commands.
Posted by Simply Tara at 7:32 AM 1 comment: 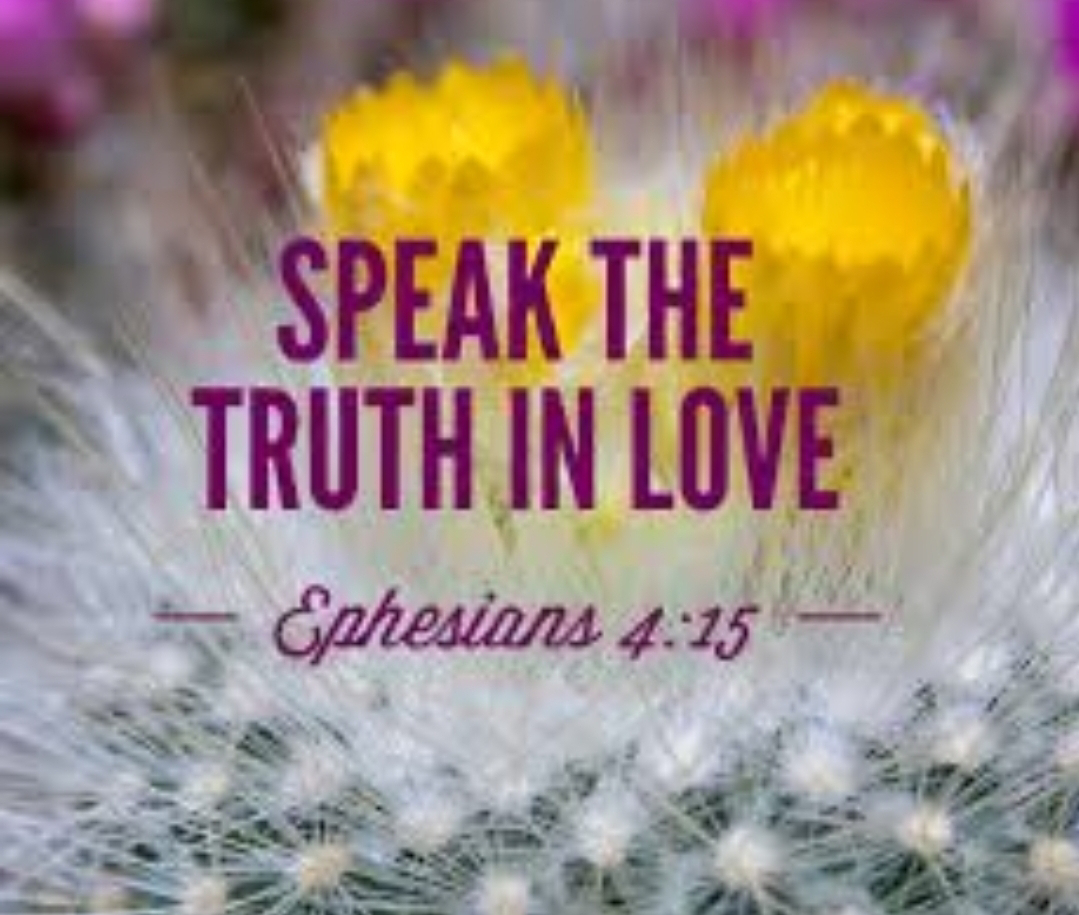 Truth and love... these two character qualities can change any situation. There is power in them so much so that lies abound to destroy both.
I am listening to an audiobook called REMEMBER ME. It is about the Spanish War in 1937.
It is a historical fiction telling what it might have been like to be one of the 400 children that were shipped to Mexico to protect them from the war.
Over and over truth and love were the factors that brought blessing. Hatred and lies only caused destruction.
This book has really made me think about what is happening in the Ukraine, in the US, and well around the world. What would happen if truth and love were brought into the circumstances?
Did you know that in the Bible God is called Truth and Love? These are character traits of the Most High God and when we walk in them we most look like Him.
Today, as I interact I am internally asking, How can I bring truth and love to this moment? When I do this right it shuts down my stupidity and makes me look so much smarter and more compassionate. Now that is a good thing!
Posted by Simply Tara at 8:25 AM No comments:

One way I pray through the Bible

A devotional thought I wrote June 9, 2013.
In Canada I was asked numerous times, "How do I pray the Bible?"
This morning this was my prayer for Philippians 1:29, "God has given you the privilege not only to believe in Christ but also to suffer for Him."
I have been given the privilege to suffer for Christ. This is not a unhealthy pursuit of pain, but an intentional pursuit to build the kingdom of God. It is purposeful and life changing. The suffering represents the passion and will to move forward when it is not easy.
Willing to love when nothing is returned. Willing to serve when it is not recognized. Willing to give when it is not noticed.
Am I willing to suffer for Christ? Without a doubt!!!
Posted by Simply Tara at 7:28 AM No comments: