When Children Ministered to Me 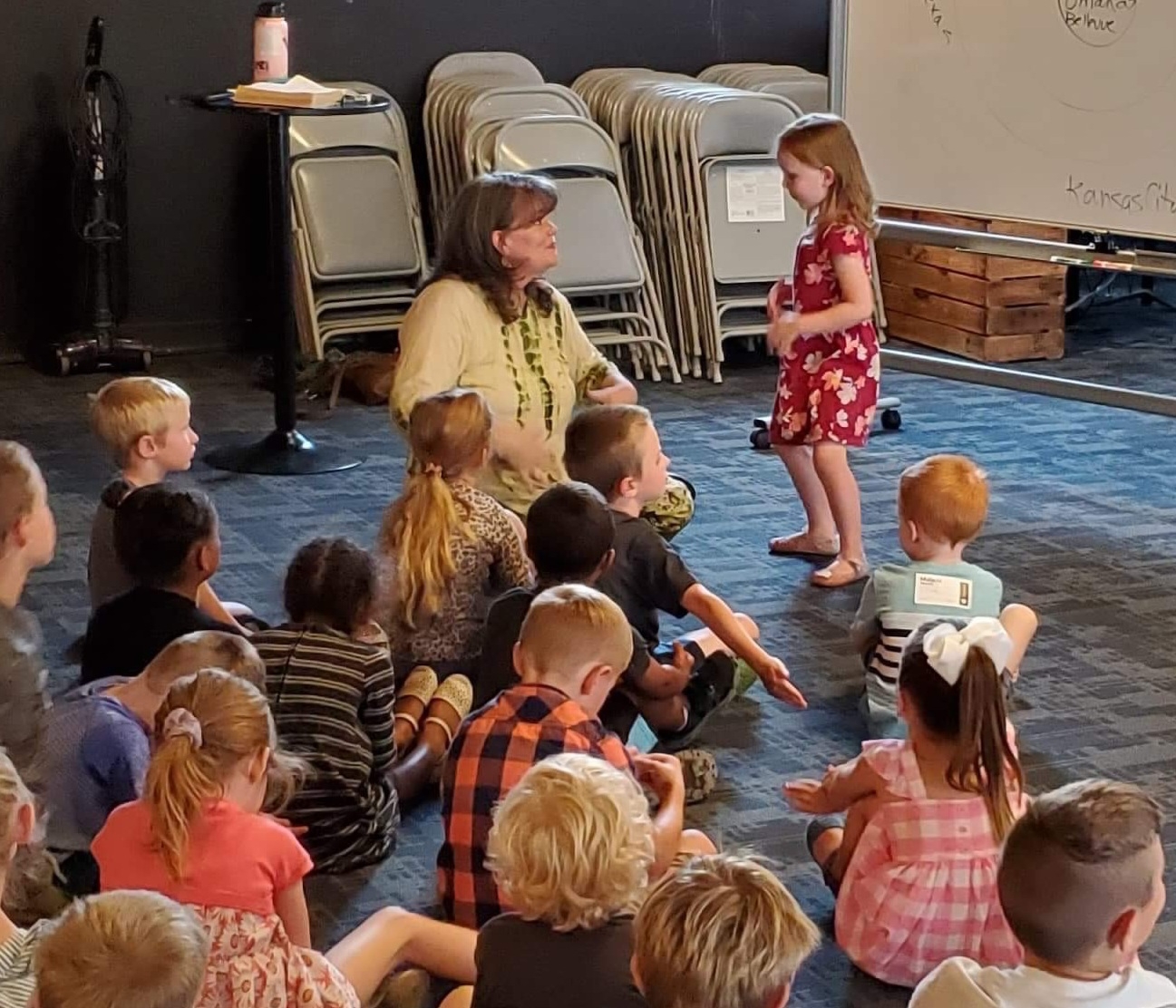 As all the children gathered in the room at One Hope, their energy was palpable. I was there to share about going and telling Bible stories. I wondered will they listen? Will they get it and go and tell? Why I ever wonder such things behooves me! I know the power of story and how it can cause a child or adult sit and listen!
So I opened with a personal story,
"Back in March I got on a plane and I flew all the way to Dallas, Texas!" I said while holding my arms out like I was flying as I moved across the room in front if the children. "I then got on another plane and flew all the way across the ocean to a far away place." I moved further around the room going behind the children. "I continued on this journey for four different flights and after 36 hours, we finally landed in Asia.
But then my friends said, 'Get some rest for tomorrow we will fly for another hour and forty-five minutes.' After that flight, we got in a car and drove for well over an hour only to get out and walk a path to a remote village in jungle area. We finally reached our destination and I was able to tell a Bible story to six people sitting on grass mat's in the dirt who had never heard this Bible story.
Children ages four to twelve sat quietly as they listened. Caught up in the story.
"I am here today to tell you that Jesus wants you to go and tell too! We will learn a new word today in our Bible story. It is 'witnesses.' A witness it someone who sees and hears something and they then go and tell what they have seen and heard.
Our Bible verse is "You will be my witnesses in Jerusalem, Judea, Samaria, to the outermost parts of the world." I used hand motions to help them remember their verse and had them stand up and practice it several times. I told them to listen closely so that when they heard the verse in the story they coukd help me by doing the handmotions.
I then told the story,
"One day the disciples were standing together talking and one of the disciples asked Jesus, 'Will this be when you bring in the kingdom of God?"
Jesus said, "It is not for you to know the times, dates, or seasons. Only the Father has the authority to know the times, dates, and seasons. But, you will receive power when the Holy Spirit comes on you and you will be my witnesses in Jerusalem, all of Judea, Samaria to the outer most parts of the world..."
I continued telling Acts 1:1-11 and then told it again so that the story could settle in their hearts and minds. When I asked if anyone was willing to tell the story a little girl that was maybe four or an early five waved her hand. Kat (name changed) needed me to start the story, but once she received a few story prompts she got it and started telling it in her own words.
Unexpectedly, I met God through my little storyteller. In her little helium sounding voice, she looked me in the eye with complete trust while she held my hand and said, "It's not for you to know. The Father knows!" Tears welled up in my eyes. Her little summation had perfect meaning and her pure heart believed it. It was as if God spoke directly to my heart.
I had just learned that my step dad had a bacteria in his blood stream. He was very sick. I had my own questions that I was bringing before the Father. He chose to use a little storyteller speak to my heart. "It's not for you to know! The Father knows!" Peace covered me.
Later that day, I was teaching the same lesson at our south campus and again God used a child to speak a message to me. The service was going longer so our class there was longer so after the storytelling and game to learn how to go and tell, I invited the children to draw out the story. One twelve year-old decided to create an envelope and fill the envelope with little notes. On each note he wrote parts of the story. The first part of the story he chose to show me was "It's not for you know!"

This time I just sat in awe of God! Not once but twice He used the younger storytellers to speak truth back to me.
I love how I get the privilege to go and tell His stories, but He reminds me often that He ministers to me as much if not more through those I think I have gone to go and serve.
On this particular day at two different churches, He chose to use the story I was telling to speak life back to me through His little children.
No wonder Jesus said, "Let the little children come to me!"
Posted by Simply Tara at 8:14 AM

Email ThisBlogThis!Share to TwitterShare to FacebookShare to Pinterest
Labels: Acts 1:1-11, Go and Tell, It's not for you to know, Lessons learned from children, Tara Rye, the Father knows