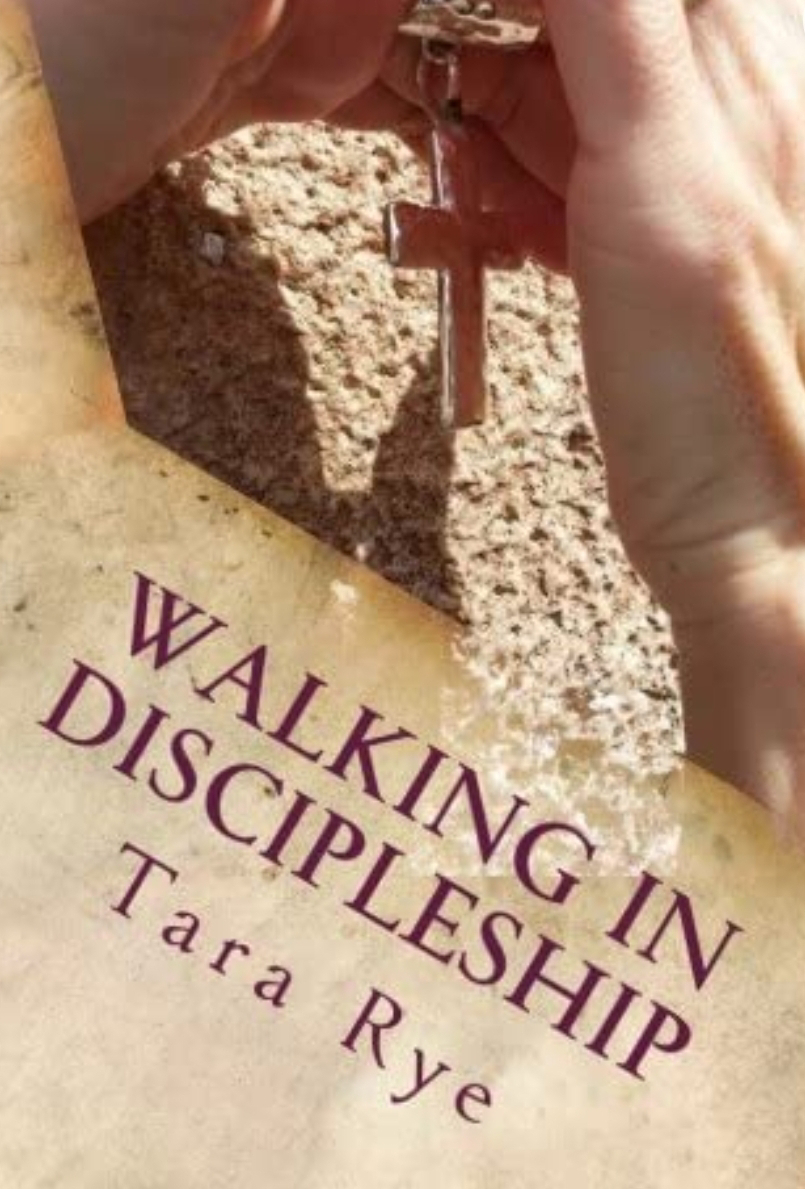 My very first memory of someone trying to disciple me happened in my stepsister’s bedroom when I was about five years old. Dorcas, my cousin, was five years older than me and I thought she was the most amazing person in the whole wide world. She could tell stories in such a way that I just wanted to stop and listen. And on this day as I sat on the floor leaning against the yellow flower print bedspread, Dorcas told me that I was a sinner and that I needed to ask Jesus to be my Savior. I was five at the time. I honestly had no clue what she was talking about, but if Dorcas said that I needed God’s forgiveness because I was a sinner then I was going to kneel and pray because she said so. I got on my knees and leaned with my elbows against the bed and prayed what Dorcas told me to pray. I was clueless that this was Dorcas’ attempt to disciple me or to show me how to become a follower of Jesus. I honestly do not even know if she understood that was what she was doing. But this is obviously what she had been told she should do and so she did.

What does it mean to be a disciple? I feel like my life has little glimpses that later became profound moments that shaped me over time. Each of these little moments added up so that I could understand discipleship. My memory of Dorcas reminds me of the day that John the Baptist pointed Jesus out to his disciples and said, “Look, the Lamb of God!” (John 1:36). And immediately the disciples of John just got up and started following Jesus. One moment, they were the disciples of John and the next they were the followers of Jesus. Did you catch that? A disciple follows the one they want to learn from. This disciple transition happened in part because as Jesus' ministry began, it was time for John's ministry to end. John clearly explained to his disciples he was sent to prepare the way for the Christ, the one to take away the sins of the world. As John's testimony pointed to Jesus, as the true Lamb of God, Jesus started inviting men to be His disciples by asking them to come and follow Him. So, John's disciples stopped following him and started following Jesus.

The Greek word for disciple is mathetes and it means to be a pupil, learner, or student. Please read John 1:35-51, in this passage, we have the example of what it looked like those first days that the disciples started to follow Jesus. Who were the people that followed Jesus? We know that two of John's disciples followed Jesus, Andrew plus one more. Then Andrew took Simon Peter to follow Jesus while Jesus invited Phillip personally to follow Him. Phillip in turn invited Nathanael. I love that there is no set way that any one of them started following Jesus. Each one was invited or told in a different way. Did you notice that each one gave a different title that revealed something about Jesus' character? John pointed to the Lamb of God. John’s former disciples called Jesus, teacher, or Rabbi. Andrew called Jesus, the Messiah and the One Called the Christ and Philip called Jesus the One Moses and the Prophets talked about, Jesus of Nazareth, and Son of Joseph. Nathanael called Jesus the Son of God and the King of Israel. Even Jesus got in the name identifying and called Himself, the Son of Man.

What does this tell you about our invitation to follow Jesus or what might happen as we become a disciple of Jesus? One thing is for certain, our invitation to become a disciple of Jesus will come in many different ways and by different people. For some, it will be by a specific invite from Jesus Himself. Sometimes, people will point to Jesus and emphasize different truths about Him that will cause us to want to go and see for ourselves. I love how our invitation is so personal and so relational. I wish I could talk to each disciple and ask them why it was important for them to know that character trait of Jesus. It makes sense to me that John would tell his disciples that Jesus was the Lamb of God. Jesus is the final sacrifice that all of history had been waiting for. As I pondered this, I happened to notice something that became quite profound for me. As I looked at each name given for Jesus, I noticed that each one represented something unique about Jesus’ historical identity that His future disciples would need to know. This is what I saw:

Did you also notice the disciples moved to action immediately? John pointed his disciples to Jesus. Andrew brought Simon Peter to Jesus and Philip brought Nathanael. Have you ever had a teacher that taught you something and it stayed in your head for days? And every time you spoke to someone you shared what you heard or learned? When we are a disciple of a teacher, we follow this person because we want to know what they know so that we can be like them. And when we have a teacher that catches our attention, we always want to bring someone along. Just this morning, I met with a young leader friend, Katie, that calls me periodically to meet, and she asked me, “What is God teaching you today?” I was more than happy to share with her that I read a truth in the John C. Maxwell, Leadership Bible that really blessed me. Christian discipleship is about multiplying Jesus in us so that we can multiply Jesus in others. We will do what we can to share what we have seen and heard.

What if Jesus said to you, “What do you want?” Would you be willing to say, “I want to know where you are staying?” Are you open to respond to Jesus saying, “Come and you will see!” Would you be willing to follow Him? Are you willing to be like John the Baptist, Andrew, and Phillip and invite those around you to know Jesus and share with them what you discover about His name, character, or identity? Can you say you are a disciple of Jesus? WHO should you invite to follow Jesus?

Email ThisBlogThis!Share to TwitterShare to FacebookShare to Pinterest
Labels: Discipleship, follower of Jesus, Jesus calls His disciples, Walking in Discipleship