I prayed for 3 and circled the number 3 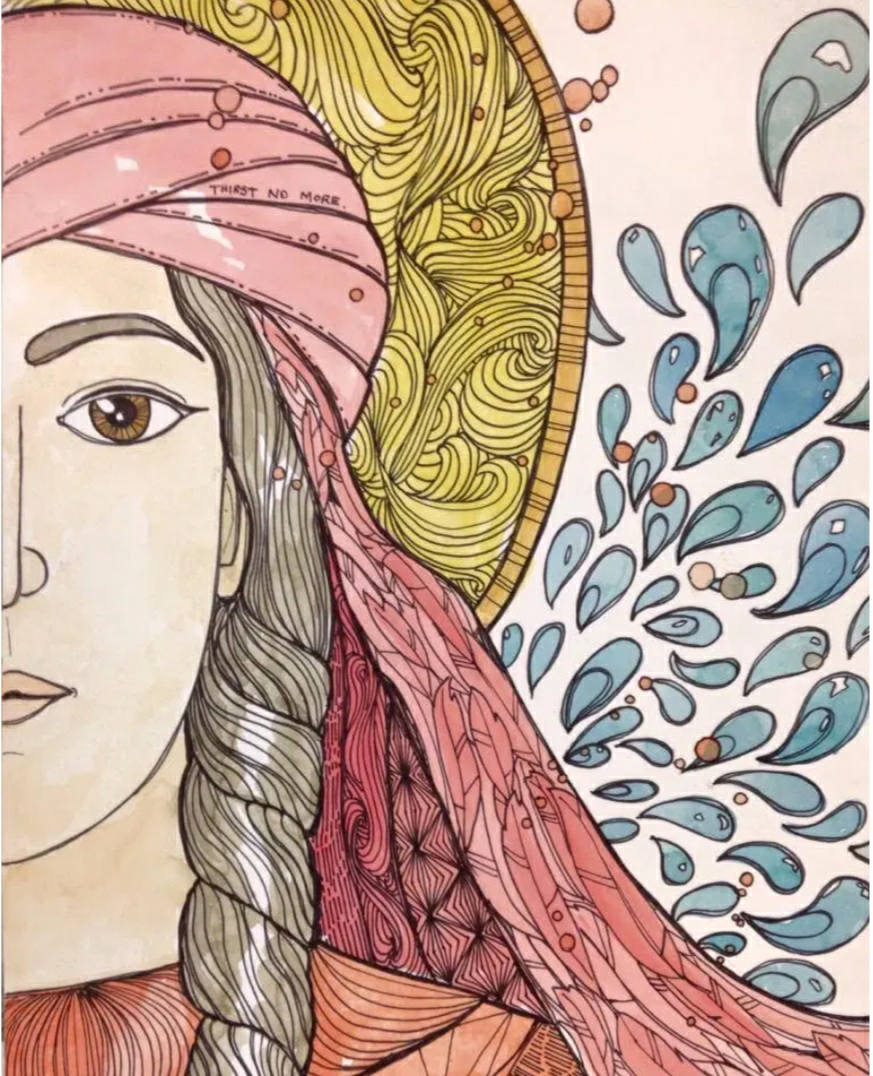 (Art created by Marge Mowczko take from https://margmowczko.com/samaritan-woman-john-4/)
Our small little church was holding a women’s retreat in our living room. The speaker was tall and beautiful. The kind of person you look at and say, “I want to be like her!” She was the most organized woman I had ever met. She was introducing us to a Day-Timer-Calendar that held spiritual components so we could get organized in all areas of our life. I was young and eager to learn. I had no idea that one of the concepts that she shared with us would be a life-changer for me. She asked, “Have you ever asked Jesus to give a certain number of disciples in a year?” “Uhm, no!” I could honestly say, I had never prayed for the LORD to give me a certain number of souls. She then said, “I want you to pause and pray right now and ask God for a number of people for you to be the one to lead to Him this year! I want you to write it down in your calendar and circle it. Then go back and see what God does for you this year!” I thought, “Oh my that is bold. WOW! I am really going to go big here… 3! Yep! I wrote down three and circled it big and then worried that I was asking God for too much. How in the world would He ever use me to lead three whole people to Him this year? I feared God would not answer my request and I would fail. LOL!
As the Minister to Children and Family Life for our church, I was responsible for the follow up on cards that were filled out by parents or children that visited our Safety Fair the week before. So, on Monday after the retreat I was going through the cards and noticed that Nancy had written down that she wanted to know more about Jesus. I called her up and asked her, “Nancy has anyone ever shared with you how to know Jesus?” She responded by saying, “No, but sure would love for someone to do so.” Okay, that was fast! I thought, “God, what are you doing?” So, I asked her, “Would you like for me to come over and share Jesus with you?” Nancy said, “Yes, how about Monday at 4:00 pm?” So, I found myself driving to Nancy’s house on Monday a week later.
As I drove to Nancy’s house that day, I was white knuckled! I had been to seminary, but I had never personally shared Jesus with anyone that I knew that had decided to become a Jesus follower. I was terrified of messing things up! I prayed hard and begged God to show up. I had said the prayer and He was out to show me this is the kind of prayer He will not say, “No!” to! I would like to say it was hard, but it wasn’t! Nancy was what you would call ripe fruit that was ready to be picked. I just happened to be the person that bumped into her to help her understand the Scriptures. I stayed for a couple of hours as Nancy and I talked about what it meant to be a follower of Jesus. She then asked me to come and share Jesus with her son, Logan, the next Monday at 4:00 pm. I did. Then her daughter, Morgan, the next. Both of them became followers of Jesus. This hit me quite profoundly. I had only asked God for three people to become followers of Jesus in a year and He showed me that He could use me to lead three people in three weeks. Well, more than that, it was over the course of six weeks I went to Nancy’s house to share with someone that needed to know about Jesus or recommit to Jesus. Eventually, I stopped counting that year. It was enough that I realized that I should not limit God with just a number. If He can use a Samaritan woman to lead a whole village to Him, then He could use me.
The whole point of a testimony is to bear witness to what I have seen and heard and in the case of being a Jesus follower it is to tell what I have seen and heard about Jesus. When I do this from an authentic heart of what Christ is at work in me then others will come along and want to join in the beauty of what God is creating in me and would like to do so in them!
Posted by Simply Tara at 2:05 PM