Was Naaman Only Healed of Leprosy? 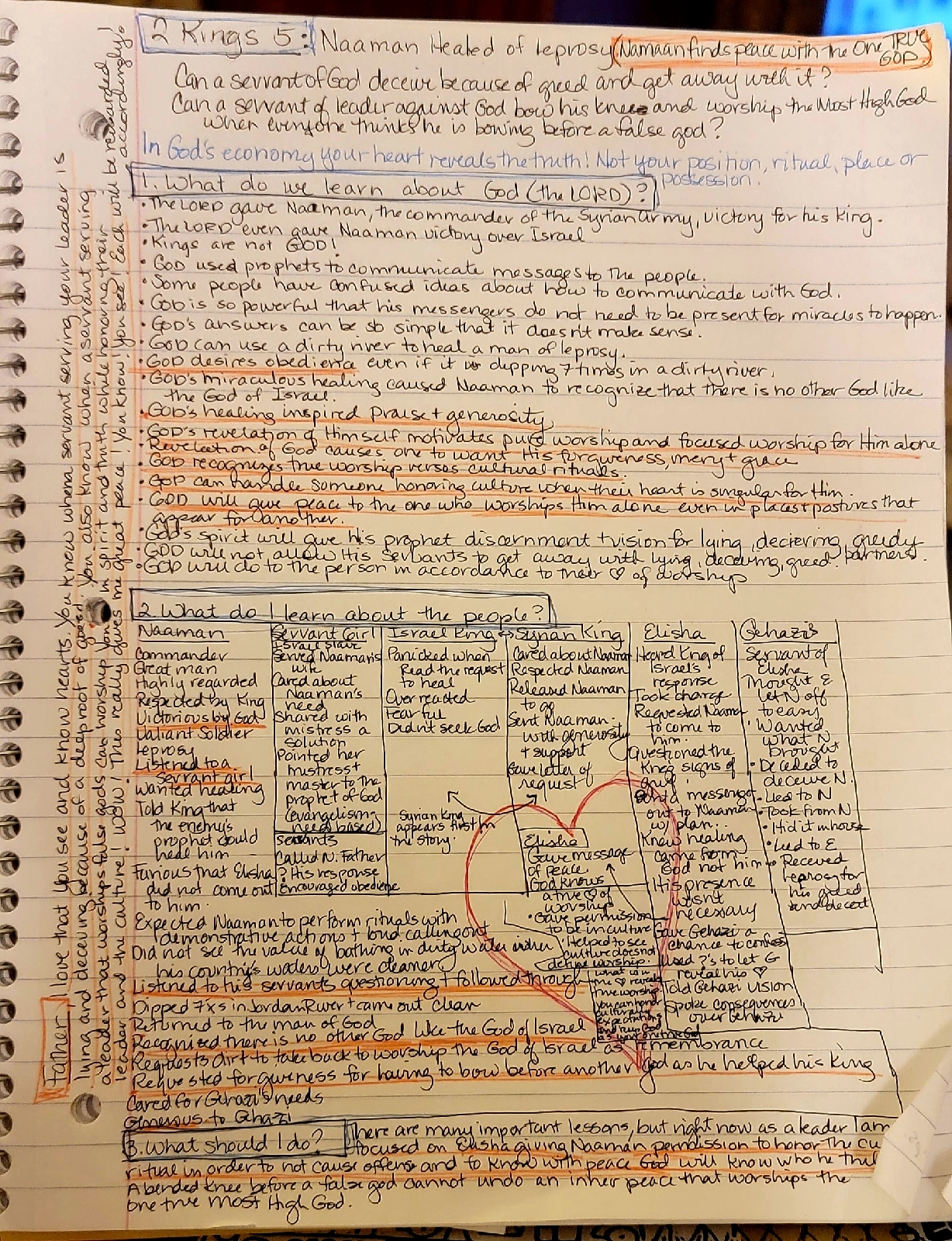 Some of the best stories have role reversals. 2 Kings 5 is always labeled: Naaman Healed of Leprosy. I get it that this story has a crazy miracle in it. But, I feel there is a deeper lesson.
1. Naaman is the servant of the king that worships false gods and is out to destroy the people of God. He is a commander in a big position. Well respected, but has leprosy (a skin disease).
2. Gehazi is the servant of the messenger of God, Elisha. Elisha serves the One True God, the Almighty.
3. The king if Syria sent his commander to the king of Israel to be healed because they received word through a captive servant girl from Israel that the prophet of God from her home could heal Namaan. He sends an over the top generous offering so his commander can be healed.
4. The king of Israel freaks out. He thinks it's a trap. He should seek God. He is God's king after all. But nope. He just flips forgetting who he serves.
5. Naaman is healed. You will have to read about his own lesson on doing that which is simple even if it doesn't make sense. Oh, and he listened again to his servants when they gave advice. We see a pattern of humility and teachability in this.
6. Elisha doesn't show himself for the healing. His presence woukd cause Naaman to possibly worship him. But by not showing up and just letting Naaman walk by faith. It reveals that the God of Israel is the Most High God who can do the miraculous in dirty water.
7. Gehazi is upset that Elisha healed Naaman and took nothing. So he plots to deceive and fulfill his greed.
8. Naaman gives generously and Gehazi goes home to hide it.
9. Elisha confronts Gehazi because God revealed to him what he did. He gave Gehazi a chance to tell the truth. Gehazi lied again. In the great role reversals, the servant of the Most High God's prophet walks away with leprosy and the servant of the enemy king walks away healed worshipping the One True God.
10. But the lesson that blessed me the most. Elisha told Naaman that when he had to bow while serving alongside the king to the false god to be at peace. Naaman was afraid of offending the Most High God. Ponder that for a moment. It isn't about your position. It is all about your heart.
Why? Because the Most High God knows the heart of men. Culture may make you go on bended knee and think it a sign of worship. But the Most High God knows when a heart is bent toward Him or a false god made of stone or even the false god of greed in wanting possessions.
Go read the story. It is crazy amazing. So many powerful lessons.
Which one speaks most to you today?
Posted by Simply Tara at 6:58 AM